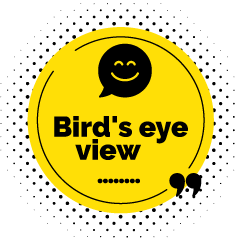 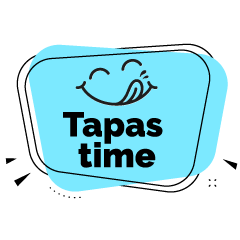 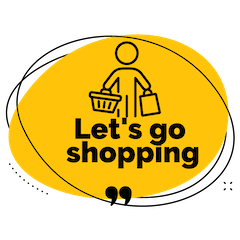 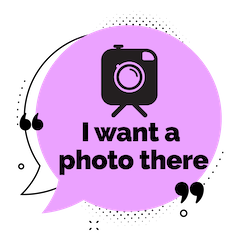 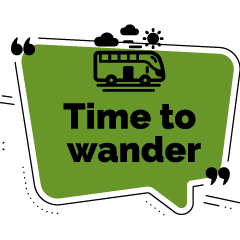 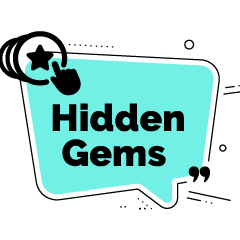 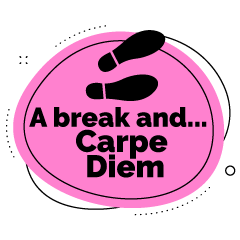 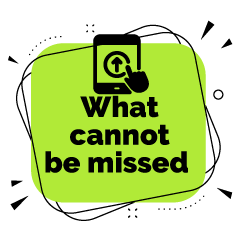 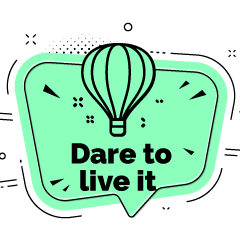 Let´s fly! It is recommended to take this tour on the first day of your stay in Aqaba. It will give you magical sensations for the city and the environment you are going to meet. One of the unforgettable experiences of your trip to Jordan, vibrant and intense if you like adventure sports, is to fly over the Wadi Run desert of lunar landscape, meaning "Valley of the Moon" whose protected area is a World Heritage Site declared by Unesco. Enjoy from the heights and let yourself be carried away by this unique landscape of orange colors, reddish dunes, stone bridges and rock formations of 4,500 years ago. Passionate to feel yourself soar, raise your arms, the sensation is of flying and flying in freedom in an incredible journey. Advancing slowly as if you had wings, with wings to the wind and looking ahead, in the background, a striking and huge deformed rock appears. Formed thousands of years ago, it was baptized with the name of The Seven Pillars of Wisdom in homage to the famous English archaeologist Thomas Edward Lawrence, author of the book of the same name and known as Lawrence of Arabia. We sail through the sky over the vast desert, the border with Egypt and Israel is drawn in the distance on the coast of the Red Sea.


We go to make the necessary arrangements with a group of people who guarantee safety, qualified professionals and prepared to offer the best vision in each ride, this lasts about an hour and if you wish you can book for two hours. Wonderful ride with family or friends because they can climb in the basket up to eight people always accompanied by a monitor who guides.

Once we have landed and are with our feet on the ground, it is the ideal time to have an aperitif and a snack. Nothing is more appropriate to get to know the culture and traditions of the city than tasting the typical products. Taste the "LOZ" are green almonds that are consumed salted and if you wish you can accompany it with "GHANNOJ" a cream of intense flavor that is made with roasted eggplants seasoned with a mixture of Bedouin spices, garlic, lemon and sesame seeds. This cream can be eaten spread on traditional Arabic bread, toasted. A delicious snack for the palate that will not leave you indifferent, and if you buy it in the typical street kiosks, it tastes even better, among the friendly people who pass through any neighborhood of the city preparing these foods in their carts, although it is also served in restaurants that offer typical dishes of the area. as a curiosity!


The mixture of typical spices used in Jordanian cuisine are mainly seven: allspice, as its name suggests, is from Jamaica, grows on a tropical tree, cloves, ginger powder, black pepper, coriander and nutmeg. Some cuisines combine and introduce other spices such as "fenugreek", a spice popularly known as the wonderful seed for its aphrodisiac effects. Cheer up and add fenugreek to your favorite dishes, its therapeutic effect helps to maintain the line and eliminate toxins, consumed since ancient Egypt.

This morning we will have a good breakfast that will give us enough energy to walk and walk, we go shopping. You can not end your trip without visiting the famous markets of the old city "SOUPS" as a recommendation! Of all the cities you will visit in Jordan, the most economical to make your purchases is Aqaba because it is free port and no taxes are paid. The ZOCO of Aqaba is one of the most popular in the country in terms of variety of products. A set of streets perfectly delimited for the sale of all kinds of items from souvenirs and jewelry south of the street RAGHADAN, to the northern part of the street ZAHRA where to find the spices. Some of the designs to give you, more original and authentic are the women´s headdresses that are handmade with natural silk of all colors and are adorned with beads, where Ottoman coins predominate, are very striking. The Hand of Fatima is a symbol of great importance in the countries of the East, all citizens possess it as a talisman to attract good energy. You can also purchase quality Palestinian ceramic tableware, it is a highly prized commodity throughout the country along with ostrich eggs decorated by hand using an ancient technique to mix colors depicting biblical scenes. The carpets and tapestries made by the older Bedouins in an artisanal way, with gold inlays among other decorative elements drawing representations of the usual life in the desert, streets, camels loaded with tourists, donkeys loaded with goods or families drinking tea. A magnificent souvenir that you can take home is the Cachimba known all over the world. In Arab countries it is SISHA or HOOKAH made in Aqaba if you check its authenticity.

Your photographs will remain in your retina. For about ten years Jordanian artists have been painting their most representative works on the facades of the streets of the city, projecting the liveliest atmosphere of Aqaba. The beginnings were difficult because it was forbidden to do this activity when they painted and drew on blackish and dark walls, sometimes abandoned, figures of animals, flowers, human faces and landscapes. Little by little this work was gaining value and defenders because it offers another vision of the city. Some of the most significant works of street art are in AL-HASHIMI street. Did you know? Due to the great popularity of these works, the street art association was founded to protect them. If you are a lover of postureo is a must to take a few pictures among a great burst of colors.

Don´t miss a visit to the CASTLE. Dominated by the MAST, a plaque on the entrance wall announces the historical events, it was the headquarters during the great battle. In its different rooms the strategies to defeat the enemy were prepared. The fortress was built by the Crusaders in the 13th century and was later rebuilt by the Mamluks in the 16th century. There are many castles built in the desert that are now almost in ruins. Its history dates back to the Muslim era when the Umayyad dynasty ruled. They were erected for the rest of passage in the pilgrimage to Mecca and trade between Damascus and Baghdad, among other routes of goods when the prophet Mohammed conquered the city.

Do you dare to dive in one of the most exotic seas on the planet? The Gulf of Aqaba is the only gateway to the Jordanian Sea. One of the strong points of fun and adventure. The water temperature reaches 26 degrees in summer and 19 in winter, in fact it is mild all year round. Crystal clear and sunny waters with deep visibility invite you to discover virgin dive sites for the most daring tourists, coral reefs and thousands of species of healthy underwater life. An exciting adventure when you get entangled among colorful fish. On the seabed you will see helicopters or sunken airplanes placed on purpose as tourist attractions. 26 kilometers of coastline, adventure and luxury. For the privileged location of the sea and the factors that it gathers, it is one of the most appropriate places of the whole planet to practice diving.


Contact the Aqaba International Diving Center, they offer this experience close to shore as there are no reefs offshore. Diving courses of two or three hours can be done for a reasonable price with special suits included and accompanied by qualified and experienced staff at all times. Dare, you will not forget the experience.

The White Mosque located in front of the most beautiful beach of the city is one of the symbols of Islam, built in 1975. The white color was the color of the standard of Qusay, Muhammad´s ancestor. Thus, tradition has it that it was inherited by the Umayyad Caliphate of Damascus after the death of the prophet in 632. The color white has great significance in this religion, it is beauty and purity.


Although the color green is widespread and is included in Islamic architecture, white predominates in the construction of the great Mosques of the Arab countries, with marble brought from different parts of the world, Morocco, Italy, India or China.


Did you know that the Aqaba Mosque is named after the Emir of Mecca? Hussein Bin Alli was Emir from 1908 to 1917, who rebelled against the Ottoman Empire during the First World War. This building impresses with its elegance of simple lines without ostentation or luxury, and a single minaret. Tourists and anyone who does not practice the Islamic faith are allowed to enter without forgetting to comply with the protocol imposed by Islam, strict dress and ladies must cover their heads. The access is easy, once inside and keeping silence you can see wide spaces, several rooms as a meeting center for the community, you must respect the time of prayer without interruptions.

It is an incredible experience a galleon ride in the Red Sea, near the coast or offshore. With a transparent bottom to observe more than a thousand underwater species in crystal clear waters. Marvel at the coral reefs, enjoy a refreshing swim to get close to the colorful underwater creatures and swim among turtles or chest fish, you will even see the wrecks of ancient ships.


You can buy the ticket at the kiosks located on the promenade or in some hotels as well. Usually the excursions go out in groups, as much capacity as the boat has. If you do not have Jordanian Dinar, the official currency of the country, the hotels offer change.


The tour lasts approximately two hours, if you wish you can hire more hours and take advantage of the services that are optionally included.


- Transfer from your hotel and return.

While the terraces on the shores of the Red Sea are endless, there are more places that will delight you, let´s have a cocktail and watch life go by! On the seashore? the sea breeze dancing, the evenings stretch until dawn among friends or alone, worthy of Aladdin´s fairy tales. Huge spaces of golden sand are occupied by hundreds of hammocks and umbrellas amidst the swaying of people in the center of the capital? The lively streets invite you to get to know the most cosmopolitan and modern city, where cafes, restaurants and various businesses are open 24 hours a day and where the locals sit and watch the visitors pass by. It is time to choose a spectacular place to watch life go by, no, rather to stop life. As a suggestion, if you want a quiet space, where you can relax and enjoy the best views of Aqaba over the sea, we go to one of the most select terraces DIWAN THE VIEM ROOFTOP LOUNGE, located on the rooftop of the Hilton hotel. We ordered a cocktail or tizana (also known by this name) of fruits, delicious, you can see how they make it and you can even add ingredients to your taste. There are several options: usually seasonal fruits are used, in any case, experiment with different flavors. Watch the bartender, in a bowl put the diced fruits: strawberry, cambur, kiwi and apple, add natural pineapple juice, sugar to taste and a few drops of strawberry essence, mix and ready to drink. Stop life with a delicious cocktail.