The general purposes of the Foundation are conducting social activities and development cooperation in areas and sectors of the population, especially vulnerable throughout the world, and promoting sustainable human development. Also actions that contribute to promote and improve the impact of sustainable and responsible tourism. Likewise, projects aimed at promoting coexistence between different cultures; for a more tolerant and diverse world.

The Europamundo (EMF) Foundation's mission is the development of Responsible Tourism to ensure long-term sustainability prioritizing optimal use of environmental resources, respect for sociocultural authenticity of host communities and ensure some viable economic activities in the long term to report to all agents to share the socio- economic benefits that are fairly distributed and contributing to poverty reduction.

As well as social activities and development cooperation in especially vulnerable areas and sectors of the population in any country of the world and the promotion of sustainable human development.

Also contribute to promote coexistence between different cultures and the development of a more diverse and tolerant world.

Why was the foundation born?

The Europamundo Foundation was established with following visions:


And since then it has financed 104 projects and financially supported more than 20 emergency situations worldwide, mainly of ACNUR and AcH.

Advantages that the Foundation Europamundo has:

2. COMMITMENT RELATIONS AND NETWORKING WITH STAKEHOLDERS PARTNERS IN ST- EP PROGRAM OF WTO

The Europamundo Foundation participates as a member in the ST-EP program (Sustainable Tourism Eliminating Poverty) and its projects of Tourism and Poverty Alleviation since 2012. 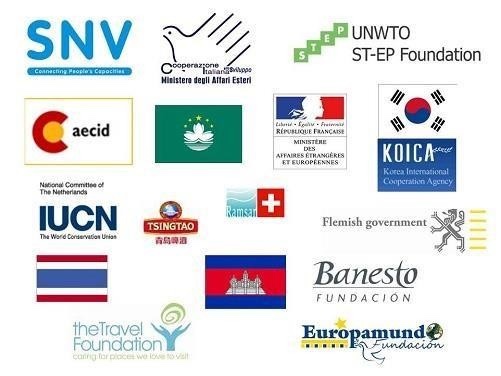 A group of 6 associates of Europa Mundo Vacations (EMV) is conducting volunteer training workshops with the program I Deserve a Chance of Randstad Foundation for job search for people over 45 years of age with long term unemployment . 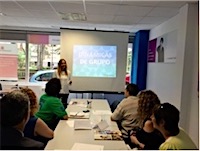 For more than a year a group of employees of Europa Mundo is volunteering with an NGO, Solidarity for Development, with the Homeless people of Madrid city. In total there has been a participation of around 15 colleagues.

Along the route in Madrid, the group has attended more than 100 people. 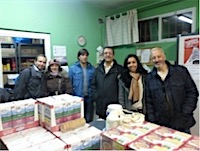 Mannequin River Expedition. The Europamundo Foundation through its funds of finance of the project is supporting for the third consecutive year Medical Solidarity in its project in Mannequin River in Beni (Bolivia) in the Amazon jungle in the region of the ethnicity of the Tsimanes. 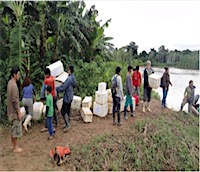 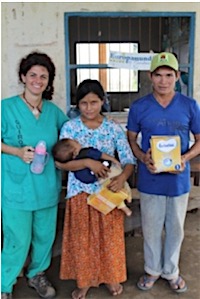 In different villages where health care assistance was given it has served more than1,500 people.

4. OTHER SOCIAL AND ENVIRONMENTAL ACTIVITIES

PHOTOGRAPHIC EXHIBITION OF THE PROJECTS EXECUTED IN 2011 to 2016

The Europamundo Foundation manages the collection of plastic bottle caps in the offices of its parent company Europa Mundo Vacations among all the employees and with their sale rare diseases are financed.

Collaboration with NGO Action Against Hunger (AAH) since 2012 to 2016

October the Solidarity Race was held to raise funds for the fight against malnutrition of children under the age of 5.

In December Europamundo Foundation conducted a campaign to collect food, toys and clothing for children and women in which 90 employees have participated.

In the month of December Europamundo Foundation organized solidarity market in the offices of Europa Mundo Vacations where four NGOs.

The Europamundo Foundation organizes in November, for the employees of Europa Mundo Vacations, a training day in order to raise awareness on environmental issues.

Health and prevention week activity created to raise awareness and promote a healthy lifestyle through workshops, dynamic and conferences such as "Stop Smoking", "Food to prevent Cancer , "First Aid".

In december two workshops on First Aid were carried out in the offices of Europa Mundo Vacation with the collaboration of Civil Protection - Samur.

B) SPANISH ASSOCIATION OF CANCER

On 30th November a conference of Spanish Association Against Cancer on "Food for cancer prevention" was held in which employees of Europa Mundo Vacations participated. 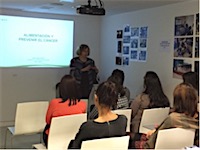 During the month of December a blood donation program.The blood collection was done by the street team of the Spanish Red Cross.

CO-SPONSORSHIP OF THE FILM

The Europamundo Foundation and Europa Mundo Vacations have co-sponsored, along with Save the Children, Unicef and Atresmedia the film by Pascal Plisson “The Big Day ” and “Back to School” that premiered in January in 2015 and 2016.

For the last 3 years, on the third Tuesday of the month, the Europamundo Foundation has been holding "Thematic Tuesdays" during the parent company, Europamundo´s off-season. Europamundo invites to "Thematic Tuesdays" an NGO which has collaborated with in the financing of some of its projects. The NGO presents its projects, organization, present and its future. Thematic Tuesdays try to give visibility to vulnerable and socially excluded people such as refugees, victims of gender violence, functional disabilities, homeless people, people over 45 years of age, in addition to dealing with issues of sustainability and environment.

In 2015, the Greenhouse Gas Emissions Reports were launched. Over the course of 4 years, the CO2 emissions generated from the activity of our company, from 2014 to 2017, were offset by the Limay Community Carbon Project. This project is a community-based reforestation initiative where small farmers in Nicaragua reforest parts of their disused land, driven by the NGO, Taking Root. During the 4 years from 2015 to 2018, approximately 60,000 trees were planted and price per ton of compensation was between 7 and 10 €/t.

These compensation projects were 50% financed by Europamundo and the Europamundo Foundation.

In 2019, Europamundo began working with one of the most important environmental companies in Spain, Factor CO2, and that year, 3,937 tons of CO2e emitted in 2018 were compensated through 3 projects:

Europamundo Foundation is developing an initiative throughout the entire year 2016 called "One year, 12 Causes" and every month it wants to develop a cause through videos with information, documents, reports, lectures, debates, etc. .